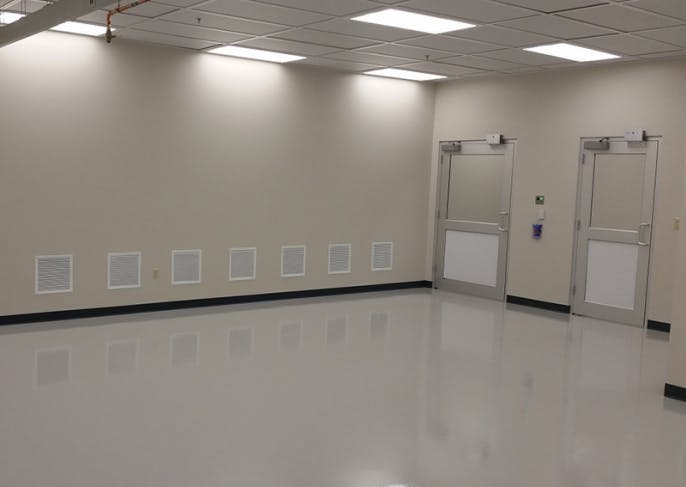 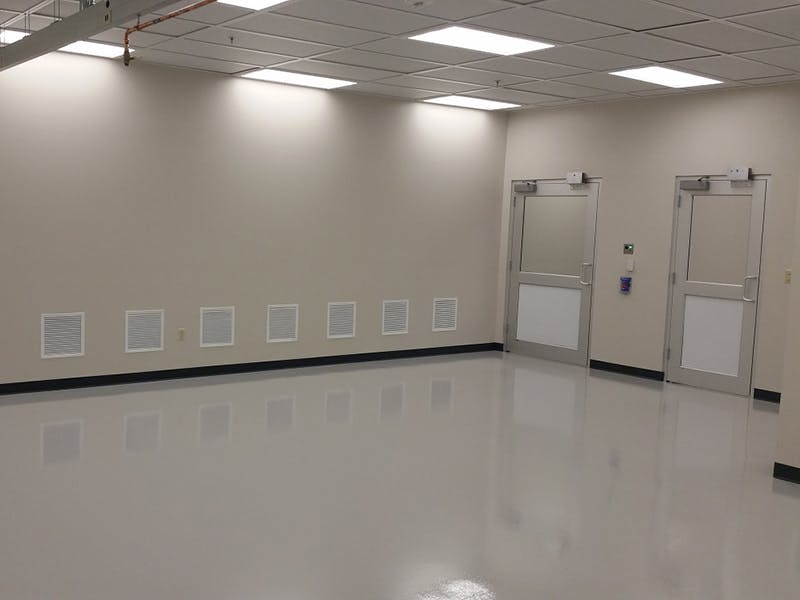 Recirculating the Air within the Clean Space

Our third installment on cleanroom design dives into the three methods used to manage air recirculation in a clean space. Previously, we examined the standards that guide construction and certification of cleanrooms and discussed the utility matrix that guides room design. Then we looked at the systems that control make-up and exhaust air, as well as the filters used to keep particles out of the air in the clean space.

To achieve the specified air changes, cleanroom designers consider one of three viable options for the recirculation air system:

This blog will examine the unique advantages and disadvantages of each of these options that designers must consider when choosing the system to specify for a particular cleanroom.

Recirculation Air Handling Units (RAHUs) are usually a lower-cost option for a recirculation air system. RAHUs are usually located on a fan deck or perimeter of a cleanroom to provide maintenance accessibility from non-clean space. Among the disadvantages of RAHUs, these units are noisy, reaching levels of 70 dB(A) and higher and use more energy. The units are also large and take up critical facility space, whether in an adjacent mechanical room or at the fan deck level where they can actually raise the height of a building.

Vertical Laminar Flow (VLF) Fan Towers rely on laminar airflow to control particulate contamination through the vertical profile of the cleanroom. Laminar airflow refers to air moving at the same speed and in the same direction, with little or no crossover air streams that can randomly deposit particles. VLF fan units are usually located on the perimeter of a cleanroom and fit in the same area required for sensible coils and a return chase. This allows for convenient maintenance accessibility either from the subfloor beneath the cleanroom or from an adjacent chase. VLF fan units are usually a lower-cost option for large, open ballroom-style cleanrooms with filter coverage greater than 50 percent. Energy consumption can be lowered by using them in conjunction with variable frequency drives (VFDs) equipped with large premium efficiency motors. Installing the small, mini-VLF fan towers of around 12,000 cfm is relatively easy, however, large VLFs greater than 75,000 cfm are difficult to install. With sound levels of 65 dB(A) or more, these systems can also be noisy. Additional disadvantages include that VLF fan units require a more costly, and time intensive gel ceiling grid and a positive pressure plenum can lead to particles or gel leaking into cleanroom space.

Filter Fan Units are located on top of the cleanroom ceiling grid in the plenum space, so these systems don’t take up facility floor space, and they offer maintenance access from below or above. These units are comparatively quiet, with noise levels as low as 55 dB(A). Units using the latest DC motor models have very low energy usage and have proven to be highly reliable as well. Because filter fan units have a negative pressure plenum, any leaks that occur are forced up into the plenum rather than in the cleanroom, and they typically use a gasketed ceiling grid. The units are easy to install and are very cost competitive when coverage is less than 50 percent. However, a high quantity of units may be required for greater coverage or for large cleanrooms.

Determining which recirculation system you need largely depends on the size of the cleanroom, the construction and operational budgets and requirements for filtration, air exchange and noise that apply.

Our final installment in this series on cleanroom design will look at the protocols that govern the actual construction cleanrooms.

Learn about the C1S Group Cleanroom design and construction process.