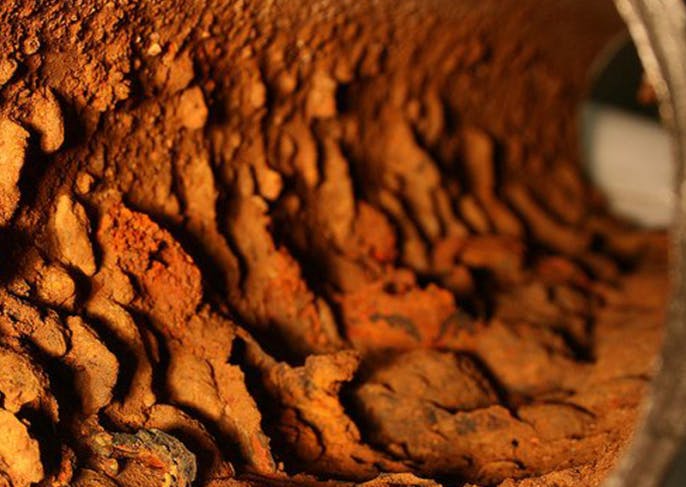 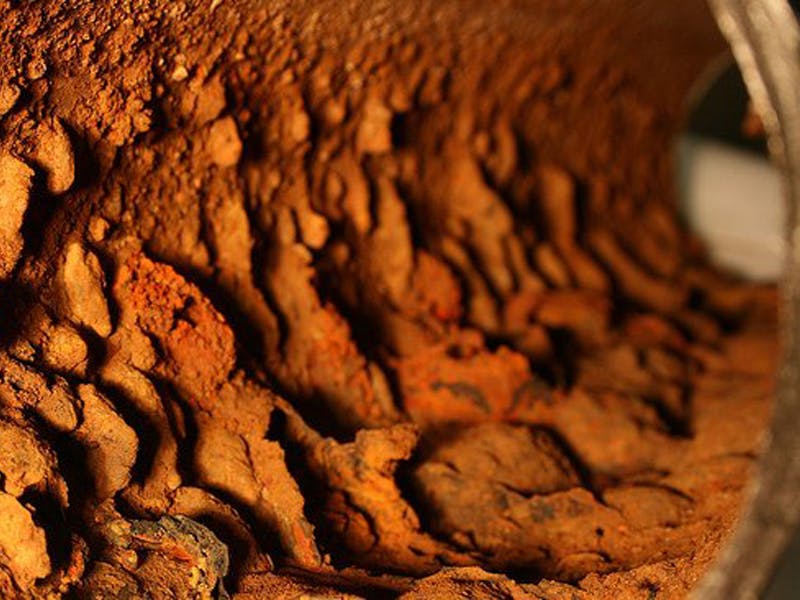 Microbiologically influenced corrosion, or MIC. You may have heard it referred to as “The Fire Sprinkler Pipe Terrorist” because it infiltrates systems and is undetected until the pipes are obstructed or begin leaking prematurely. The damage caused by MIC can result in the failure of a sprinkler system to control a fire, which can lead to property loss and the loss of life as well.

Clearly MIC is a serious problem, but what is it exactly? The short answer is that MIC is a form of corrosion accelerated by microorganisms. While many industries are impacted by MIC, such as chemical processing, oil and gas, underground pipeline, and highway and water treatment, in the construction trades, MIC is most prevalent in fire sprinkler systems. That’s because they are susceptible to MIC as the water flow is not constant. MIC in fire protection systems can be described as a chemical corrosion process that is concentrated and accelerated by the activity of specific bacteria within a fire-sprinkler system resulting in the premature failure of metallic system components.

MIC is caused by bacterial microbes in combination with four other environmental conditions: metals (host location), nutrients, water, and oxygen (although some types of bacteria need only very small amounts of oxygen). In addition, some microbial reactions will only occur within certain temperature ranges. The bacteria that cause MIC are ubiquitous in the environment and piping materials, so when all of these environmental conditions are present, microbial growth will occur. Once the nutrients in the system are consumed, the microbes may become dormant. But when the environmental conditions change, such as when nutrients or oxygen are replenished, the microbial growth may resume. Activities that can lead to this replenishment include flow testing, draining and refilling of systems, adding water to replenish losses from leaks or maintenance, or the periodic filling of dry fire sprinkler systems.

There are some signs to look for in order to tell if there is MIC in a sprinkler system. These include the smell and the color of the water and the presence of slime. The least intrusive method to determine whether the bacteria associated with MIC are present is to test the liquid within the pipe for the four types of bacteria commonly associated with MIC: sulfur reducing bacteria, iron related bacteria, low nutrient bacteria, and aerobic bacteria. The best way to confirm that MIC has degraded piping is to remove sections and have them evaluated by a microbiologist and metallurgical engineer.

If the tests come back positive and a system is infected with MIC, there are still several steps to take to mitigate the contamination:

It’s important to note that while most MIC treatments are done with biocides, the MIC in the lines can become immune to these. This is because the biocide must be continually changed in order to keep the MIC under control, which may eventually create a Super MIC, immune to all biocides. While the EPA defines biocides as a diverse group of poisonous substances, there are alternatives available now, including biodegradable treatments that can be used, which are considered environmentally friendly.

The National Fire Protection Association (NFPA) has published information on dealing with MIC in fire sprinklers and offers some considerations specific to this application.

Fortunately, the NFPA points out that research continues by industry groups, insurance companies, universities, and governments to devise safe, effective microbial control within fire sprinklers and for industry in general. Eventually, this research will result in new and improved options for controlling and preventing MIC in fire sprinklers and in industrial applications.