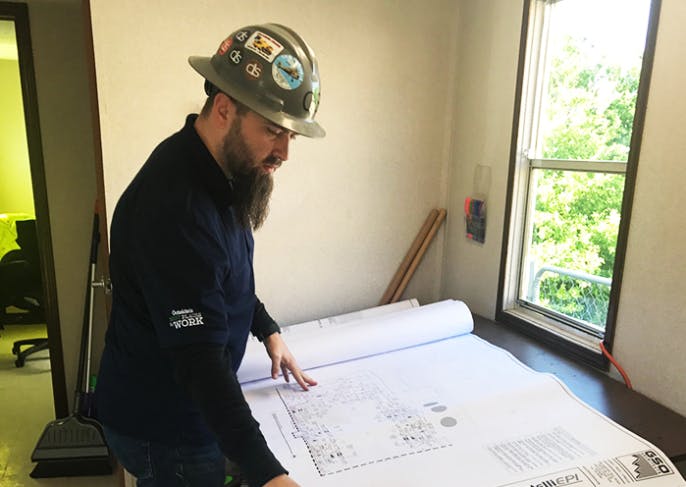 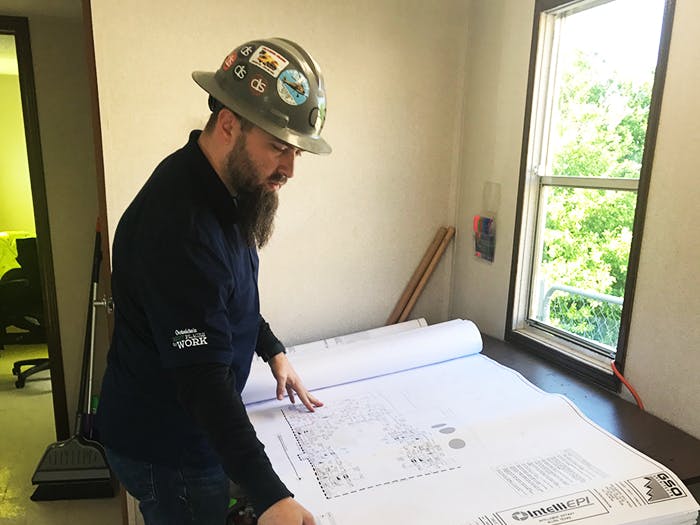 Construction can be a dangerous, even deadly job. In a world where dangers can come from nature, environmental conditions, heavy equipment and even human error, the risks workers face are numerous.

With this in mind, C1S is committed to safety. In fact, safety is one of our core values, and at the forefront of our mission to keep workers in one piece is Construction Superintendent, Jason Burrhus.

Jason joined the C1S team in October 2013. His many roles as a superintendent include maintaining project schedules, understanding drawings, specifications, and the scope of work for assigned projects, and ensuring all work is performed up to C1S standards.

All of these responsibilities are critical to the successful completion of a construction project. But they aren’t his top priority.

“As a superintendent at C1S, safety is my number one job,” said Jason. “No project is worth an injury to a fellow worker.”

An important piece of equipment he looks out for? Safety glasses.

“They’re a big deal to me,” said Jason. “It’s the one item that people don’t think they need until it’s too late.”

Something else Jason says is critical to safety isn’t a piece of equipment at all. It’s attitude. Without the right mindset, Jason says safety can become an afterthought.

Jason has worked on nearly a dozen projects during his time at C1S, including Reel FX, The Bomb Factory (a personal favorite), Pecan Lodge, IntelliEPI, Medtronic, and 2800 Deep Ellum. This has allowed him to meet a wide variety of people; something he says is one of his favorite parts of working at C1S.

At each project, he was worked tirelessly to promote C1S’s “zero accident” culture.

What does this mean?

It means we promote safety performance at every opportunity and hold it equal to all business considerations. Furthermore, we boast an official Experience Modifcation Rating (EMR) of .90, and each of our construction team members are OSHA 30 Certifiied.

We couldn’t do it without dedicated team members like Jason Burrhus.

“As a superintendent, Jason plays one of the most critical roles in our company,” said Matt Strong, president of C1S. “We trust him 100% to make sure work meets high standards, projects stay on time and budget, and most importantly, to ensure workers stay safe.”